The Atlas Brass performs as a brass quintet, but can configure our group size from a solo trumpet, to brass trio, to brass quintet to a full brass choir based on your needs and budget. 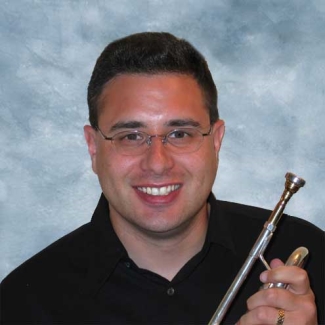 Ed is the leader and founder of the Atlas Brass. He has appeared with numerous top performers including Al Chez and the Brothers of Funk, Bruce Springsteen, Martha Reeves & the Vandellas, Lou Christee, Gary U.S. Bonds, The 4 Tops, Jon Faddis, Maynard Ferguson, Curtis Fuller and Lou Rawls.

Ed has held down the trumpet chair for several tri-state area bands including Boulevard East, Spectrum and Steppin’ Out. In 2011, he performed with the Allentown Symphony as part of a concert featuring the Empire Brass Quintet.

While in college, Ed played lead trumpet in the Rutgers University Jazz Band. Prior to college, he was lead trumpet for the McDonald’s All American High School Jazz Band, Principal trumpet for the New Jersey Youth Symphony (under tutelage of Doug Haislip of the Solid Brass) and Principal Trumpet for the MENC All Eastern Orchestra. Ed has studied privately with Phil Ruecktenwald, Nick Marino, Jim Sakofsky and noted brass quintet arranger Paul Nagle. 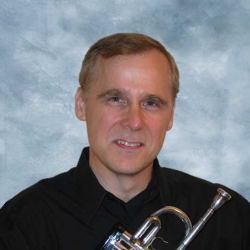 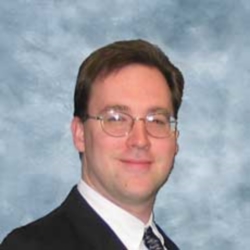 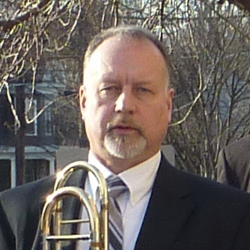 Trombone
Jim received his BA from Trenton State College and his MM University of Michigan. He studied under David Uber. In addition to his duties with Atlas Brass, Jim is an active freelance trombonist and has performed with the Trenton Symphony, Delaware Valley Philharmonic, Newtown Chamber Symphony, Papermill Playhouse Orchestra, Boheme Opera Company, Midnight Sun Orchestra and the Lenny Enourato Big Band. 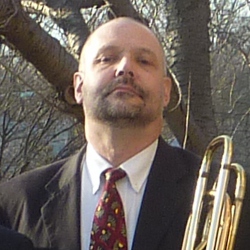